Recently, I borrowed one of the 9-inch Celestron telescopes from school to do some astrophotography. I mounted my Canon 5D III to it and took photos of Jupiter, which was rising early in the evening. In this photo, you can also see three of the Galilean moons (the four moons that Galileo discovered with his telescope). These are probably Io, Europa, Ganymede, while Callisto is a bit further out. I could be mistaken, as I don't know where in their orbital period each of them is on that date. 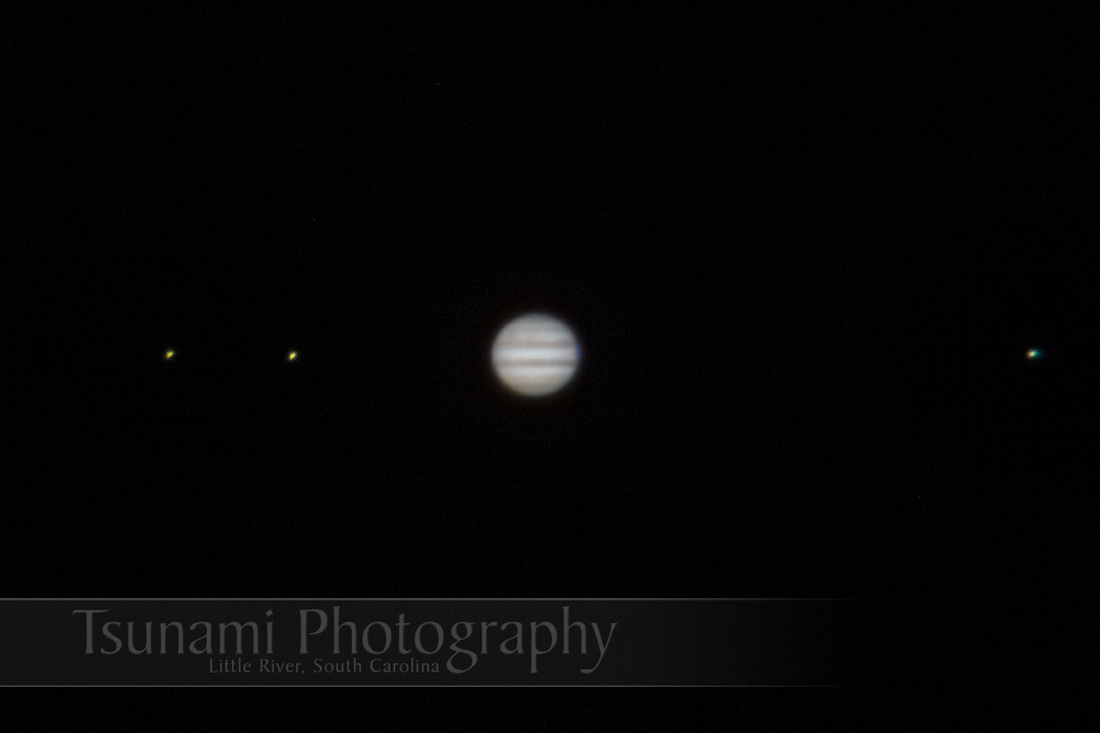