On Thursday, we drove down to the area around Mt. Hood. We first stopped off at the ranger station to get our backcountry recreation passes. We then drove around the south side of Mount Hood to the Mirror Lake trail. The trail goes 1.5 miles up the mountain to the lake, where you can get some great views of Mt. Hood reflected in the lake. That is, if there isn’t a million people there; it’s a popular trail. 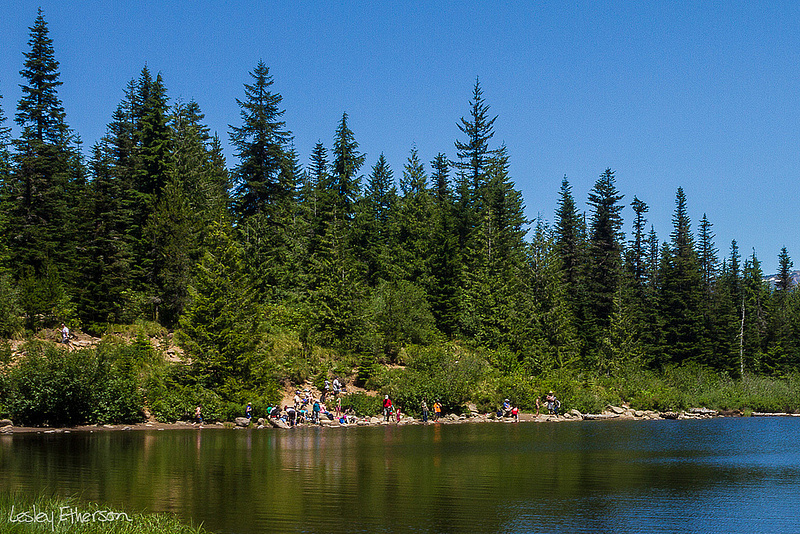 There were people swimming in the lake as well. If you want a good mirror effect from the mountain, you probably have to come early in the morning. 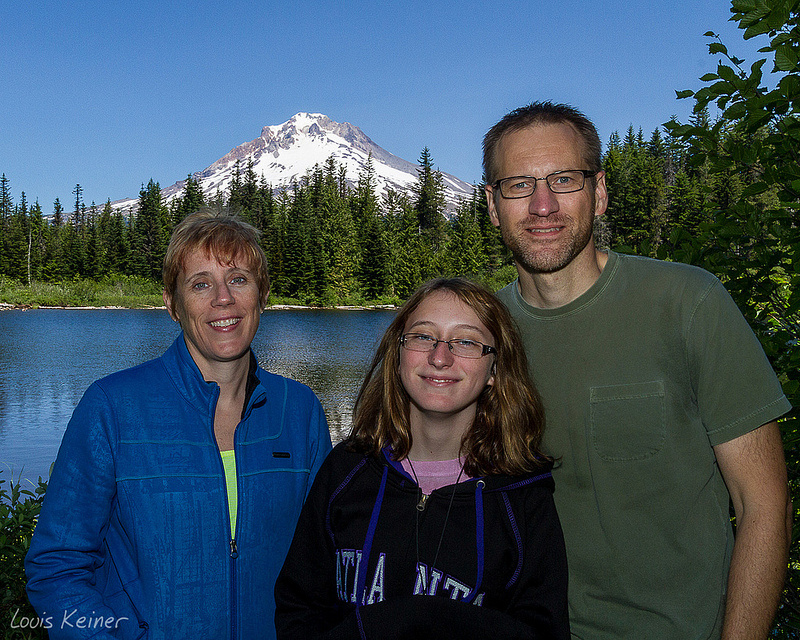 I ended up taking some long-exposure photos to smooth out the ripples and the bathers: 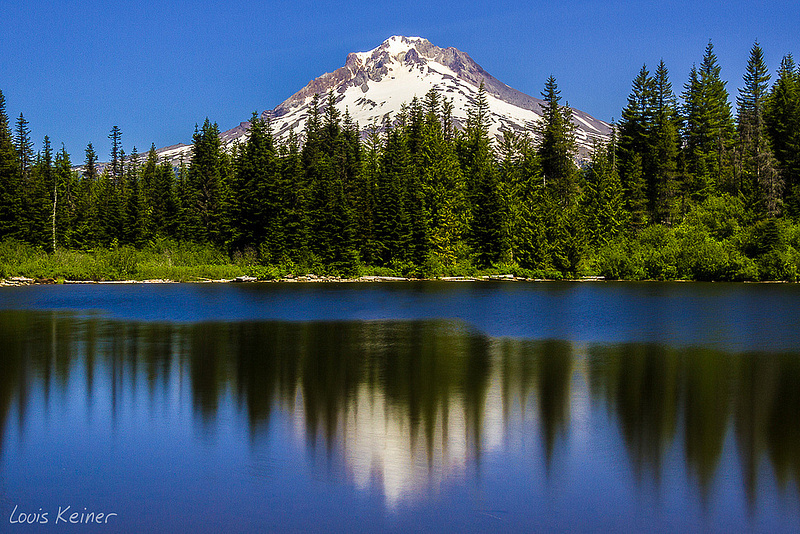 After that, we drove up to Timberline Lodge, to view the ski slopes on the mountain. Even though it’s summer, there’s still enough snow on enough of the mountain for people to ski. 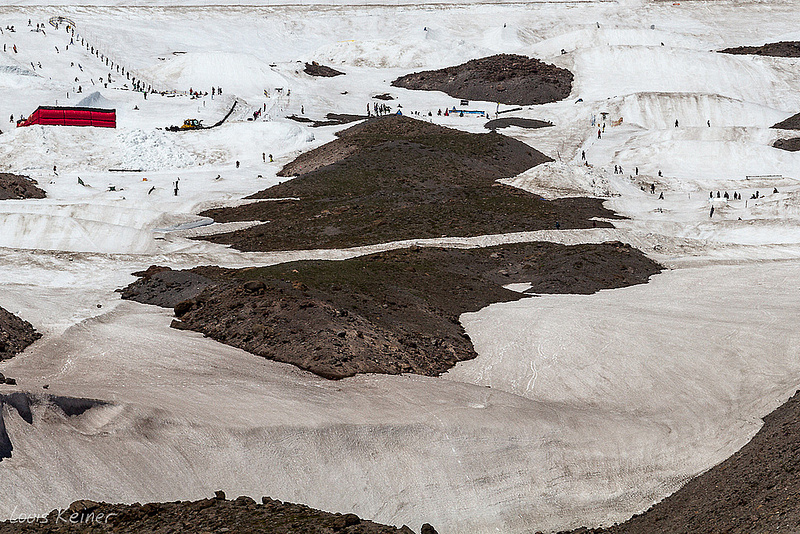 We then drove to Trillium Lake, where there are other good views of the mountain. Once again, there were a lot of people and a lot of waves because of them, but I did the best I could with combinations of long-exposures: 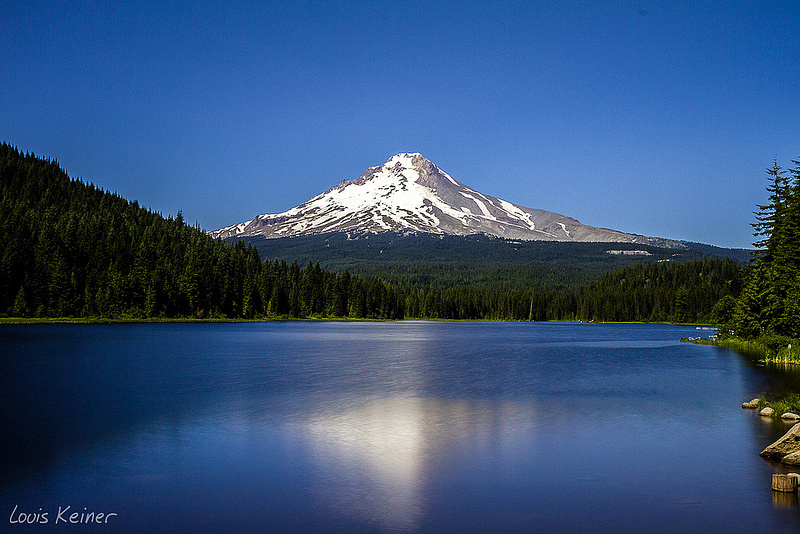 After that, we drove back to Hood River, and ate dinner at the Trillium Cafe.