We flew out to Portland today for our family vacation. It was a good flight. I haven’t flown Delta in years; I had gotten tired of the cramped planes they flew from MB and also of going through Atlanta. However, it was pleasant the entire way!

Hertz, however, sucked. We waited with a zillion other people for almost 2 hours for a car. Apparently they miscalculated how many cars they would need on that day. Had I not pre-paid (my mistake), I would have left and walked 20 feet to another car rental company. We ended up with a car, technically an upgraded size, but not one that I’d choose. And after a week of driving that, I can also safely say that I’d never buy a Jeep Patriot.

We drove from Portland out to the coast. Our hotel was in Astoria on the waterfront. From there we drove several places over the next few days. I wanted to show Lesley and Emma the Pacific Ocean, and I thought a good place to do that would be at Fort Stevens State Park, where there’s an old shipwreck that’s pretty in the sunset. That was indeed very cool, the only problem(s) was(were) that it was freezingcold with wind off the water, the sun was setting behind clouds, and a zillion other people had the same idea, and were climbing all over the wreck. There were a couple of other photographers there who were quite annoyed by that. I guess if you want a nice shot of the wreck of the Peter Iredale at sunset, you’ve got to come in winter. The full set of photos can be found here.

This is the wreck at sunset, when some of the crowd wandered off: 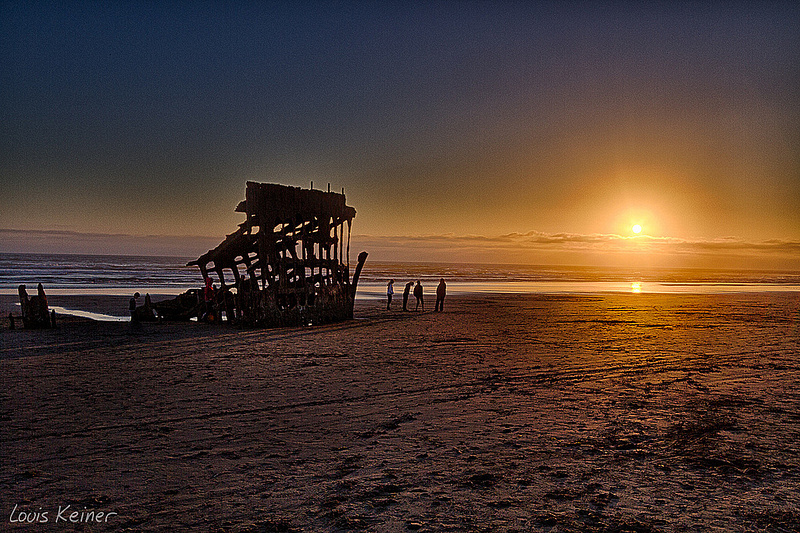 Since the sunset angle wasn’t working, I decided to try shooting the other way to get some color, and waiting until most of the people had given up on the sunset: 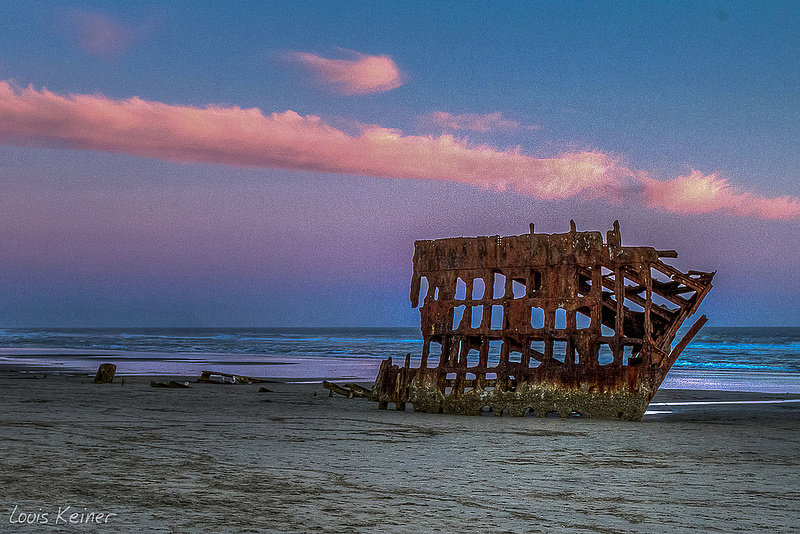 A girder sticking out of the sand: 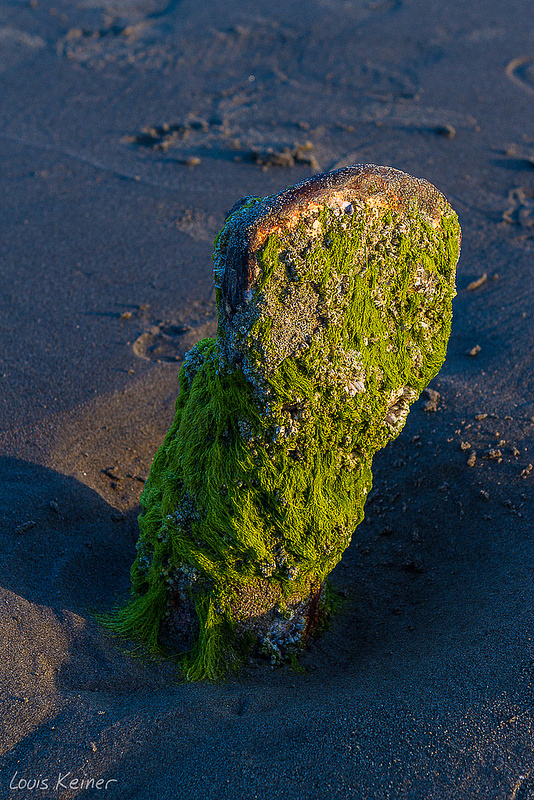 So, not the most auspicious start to the trip, but not too bad. We made it, saw the sunset over the Pacific, and were ready for the next day.