An 18th century church building on what was once the main coastal road, but is now far off the beaten path. Near McClellanville, SC, just south of Hampton Plantation and the Santee River. From the historical marker: "Erected in 1768, this edifice, officially known as Wambaw Church, was situated on the King´s Highway. It is the fourth church to serve St. James Santee Parish. The parish, founded in 1706 at the request of French Huguenot settlers, was the second oldest in the colony. The Rev. Samuel Fenner Warren served as parish rector from 1758 until his death in 1789." 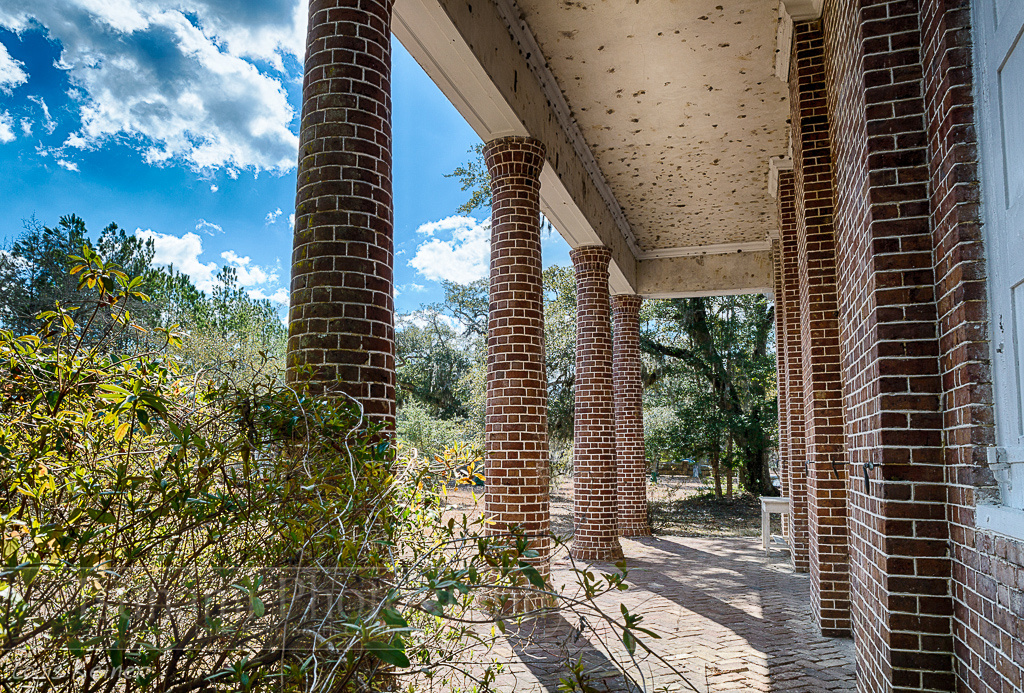 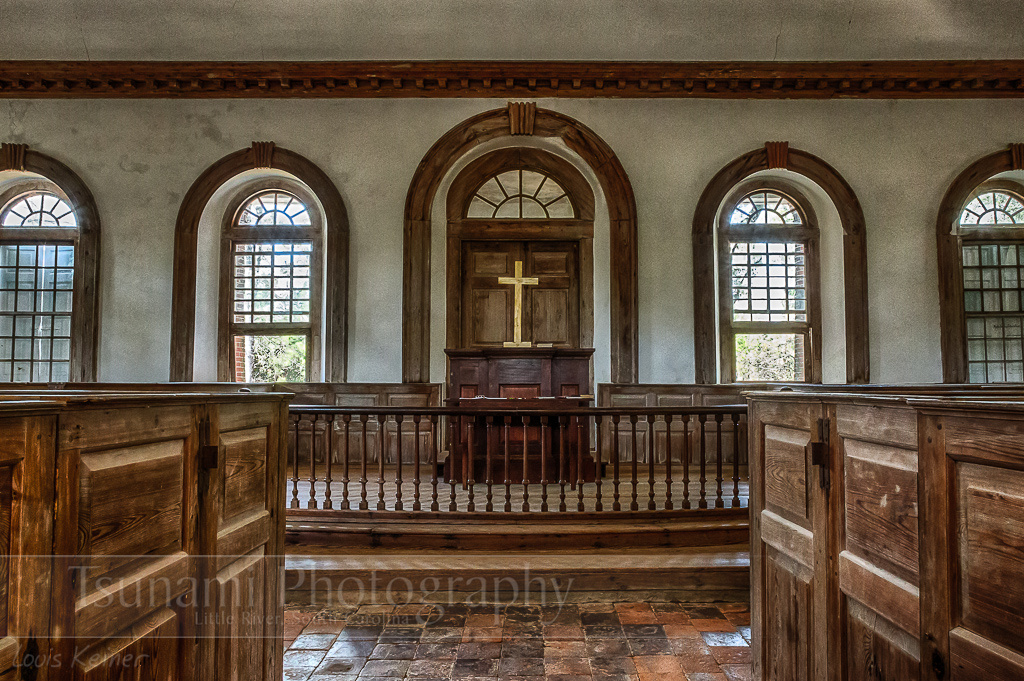 Inside St. James - Santee Episcopal Church - The Brick Church, or the Wambaw Church An HDR combination of exposures