On Friday, I drove south to see Silver Falls State Park. There’s a few well-known waterfalls there, and I especially wanted to see South Falls. Unfortunately, by the time I arrived in late morning, the park was fairly crowded. Ah well. As with many falls, overcast skies would have been better, but this was my opportunity. Here is South Falls: 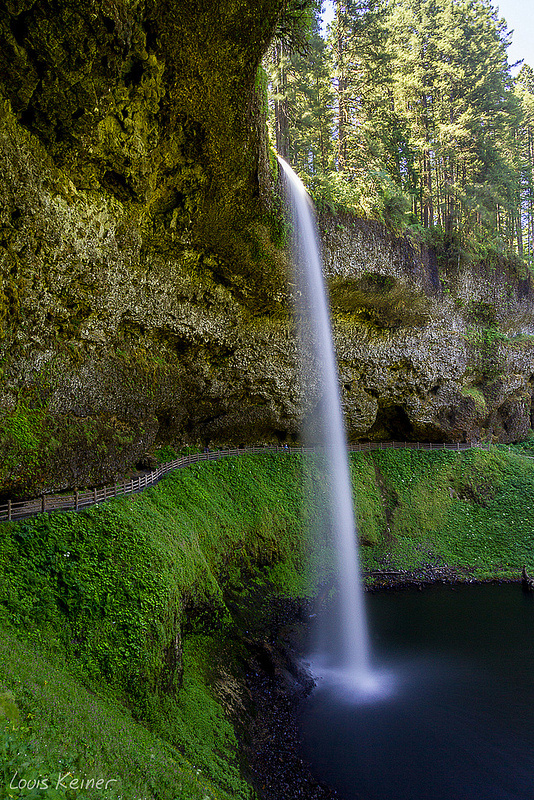 South Falls is nice in that it’s the type of waterfall that you can walk behind: 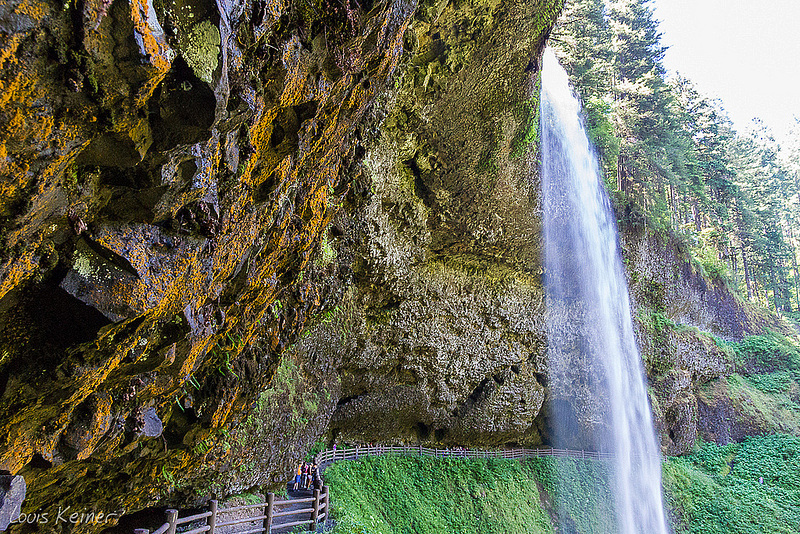 After that, I drove south, towards south-central Oregon. I had heard about an amazing place called Proxy Falls, in the Three Sisters Wilderness area of Willamette National Forest. I was hoping to get there before dusk, in that it’s a couple miles off the mountain road, and I really didn’t want to be out there alone after dark. As it was, I just made it. The falls is located off of a mountain pass road that’s only open in the summer, in an area that alternates forest with lava fields: 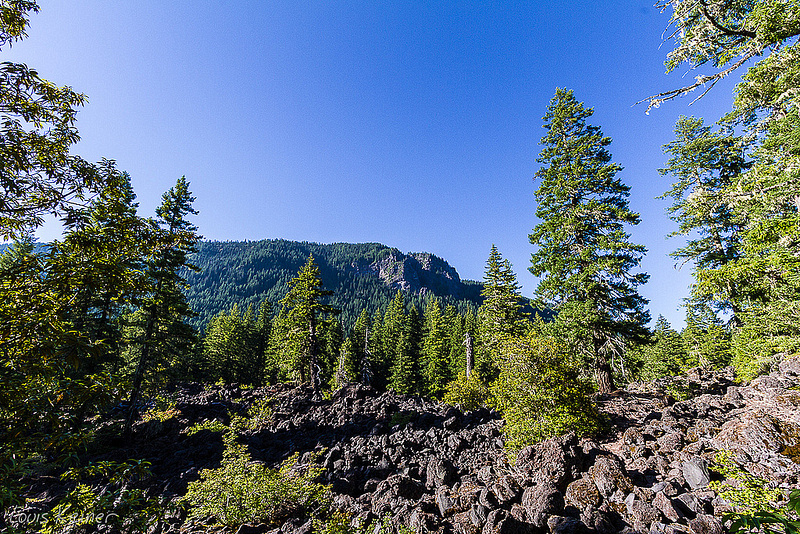 It turns out, the hike was worth it: 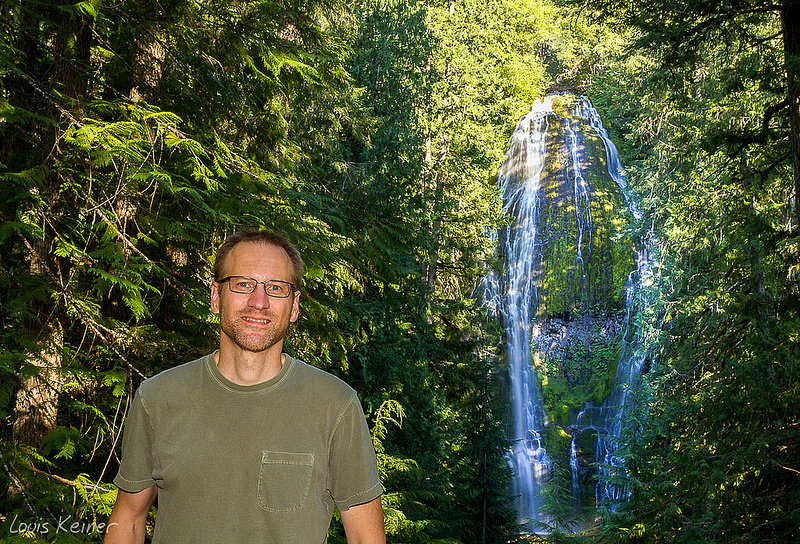 Proxy Falls gives you two distinct views. On from the ridge across the hollow, and one from below. 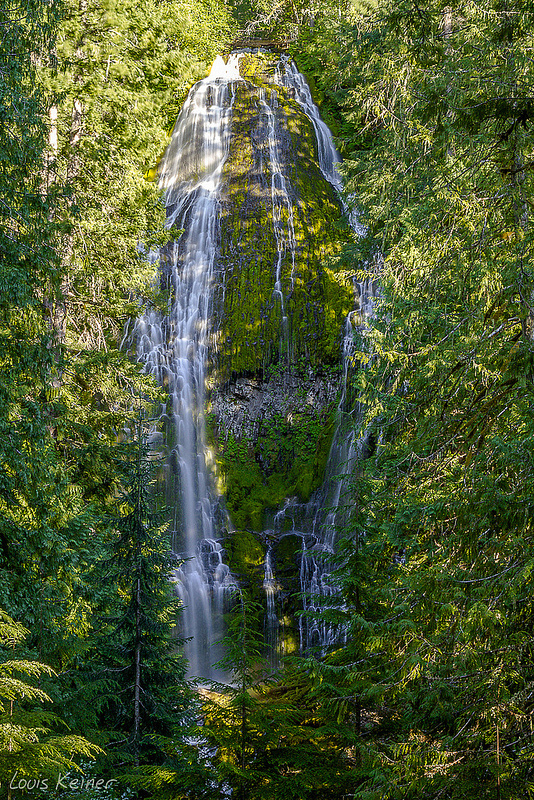 The stream below the falls: 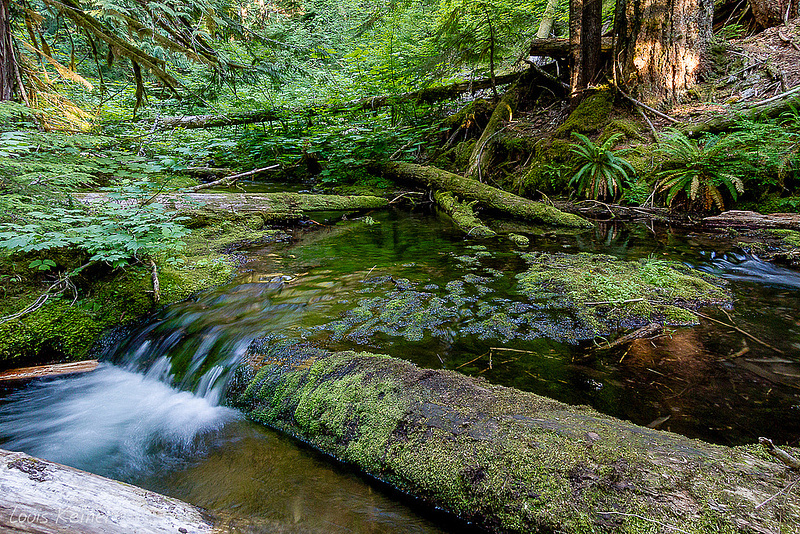 From the base of the falls: 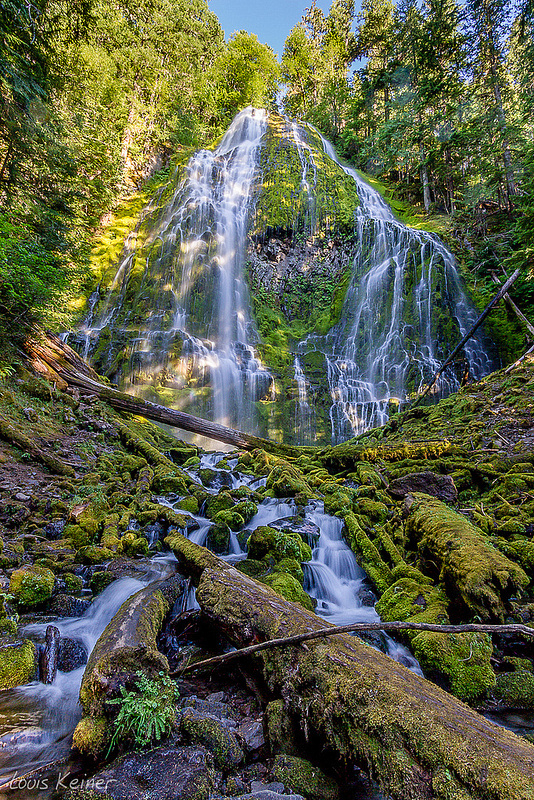 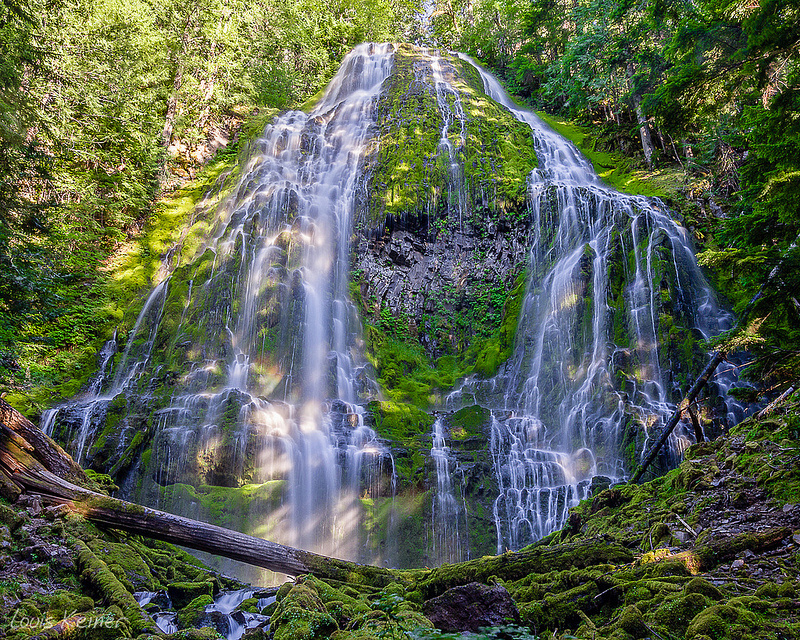 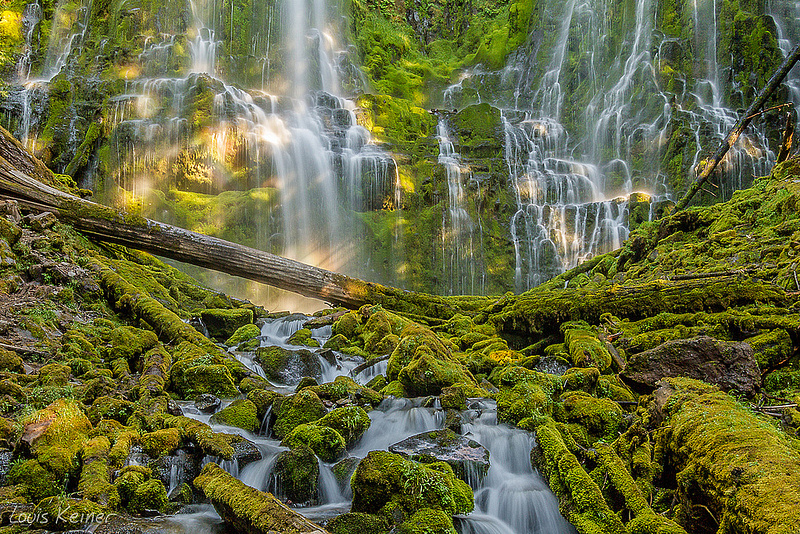 All the photos from that afternoon can be seen here on Flickr.

I would have loved to have stayed longer, but the sun was setting behind the ridge, and I didn’t want to be hiking back in the dark. After that, I turned towards the coast, and, driving through Eugene and Florence, made it to my hotel in Waldport at midnight.