On Saturday, I spent the day at Cape Perpetua, between the towns of Yachats and Florence, Oregon. In the morning, I visited Heceta Head Lighthouse: 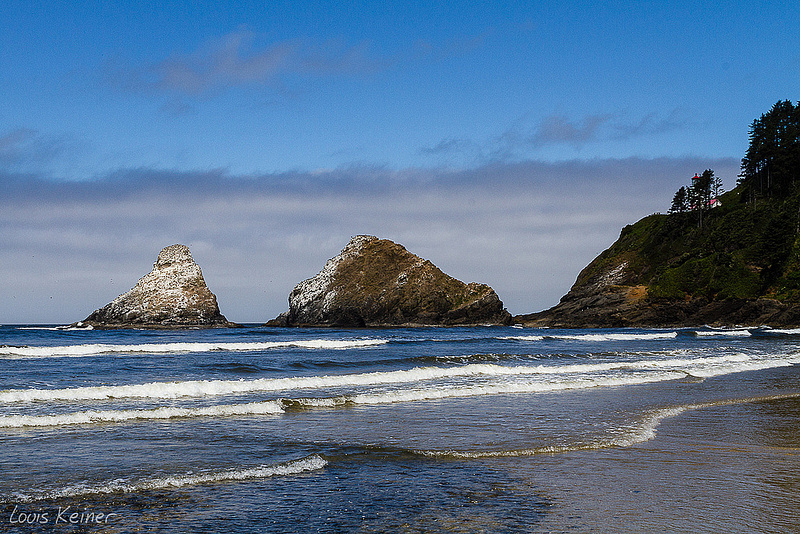 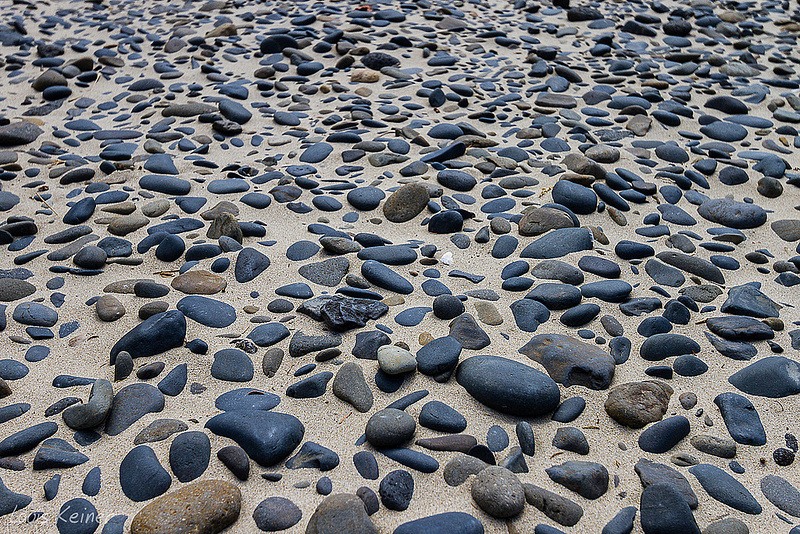 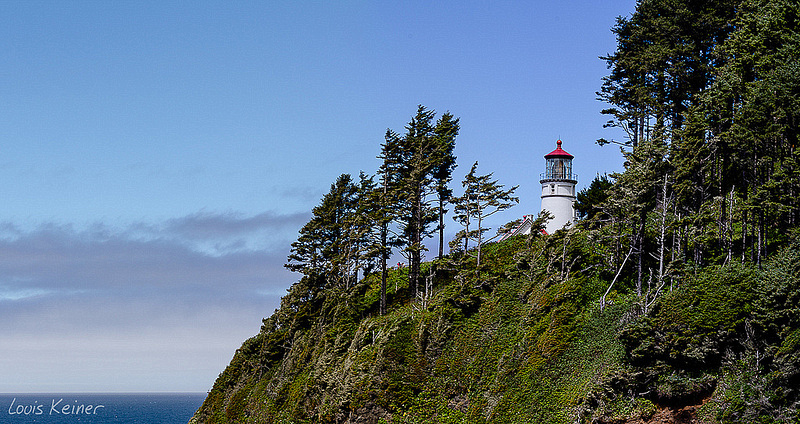 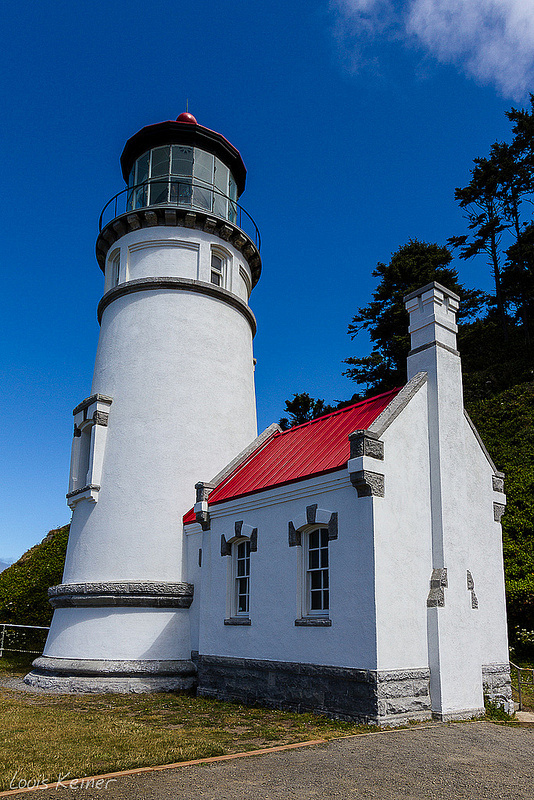 And then then went to Cape Petpetua itself, where there ocean has eroded the volcanic basalt shoreline into a craggy, irregular form. 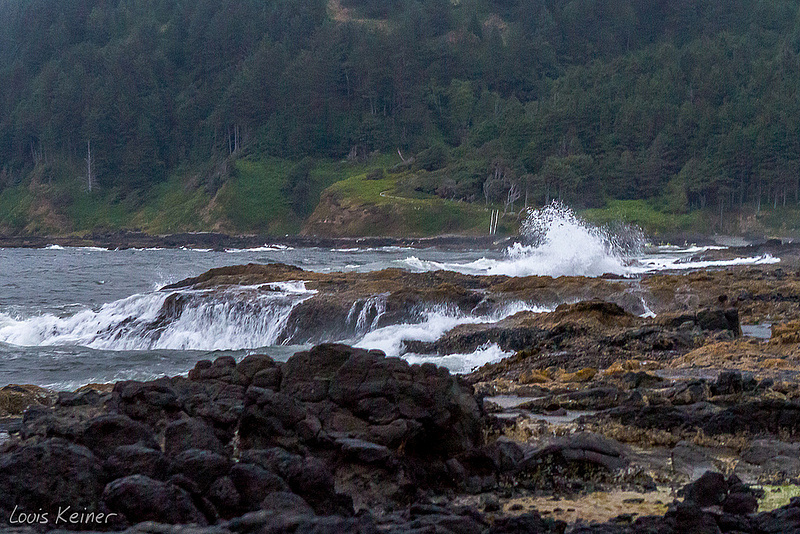 There are several chasms cut into the shore, like the Devil’s Churn: 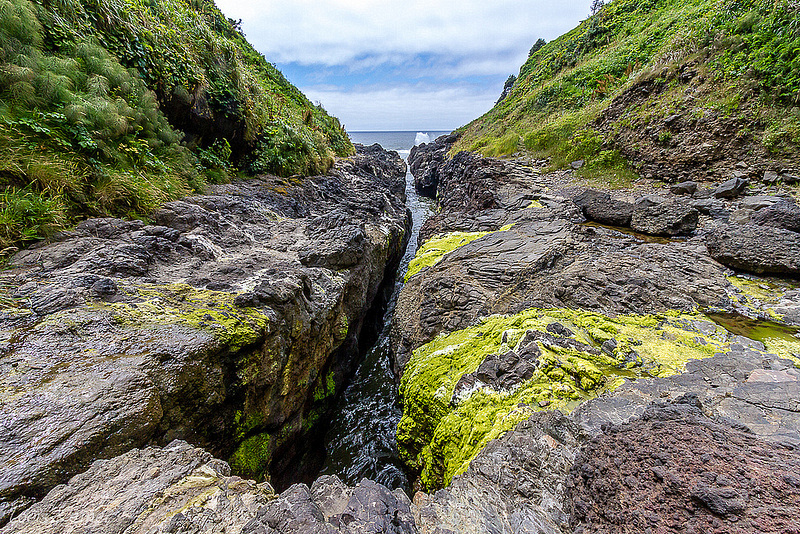 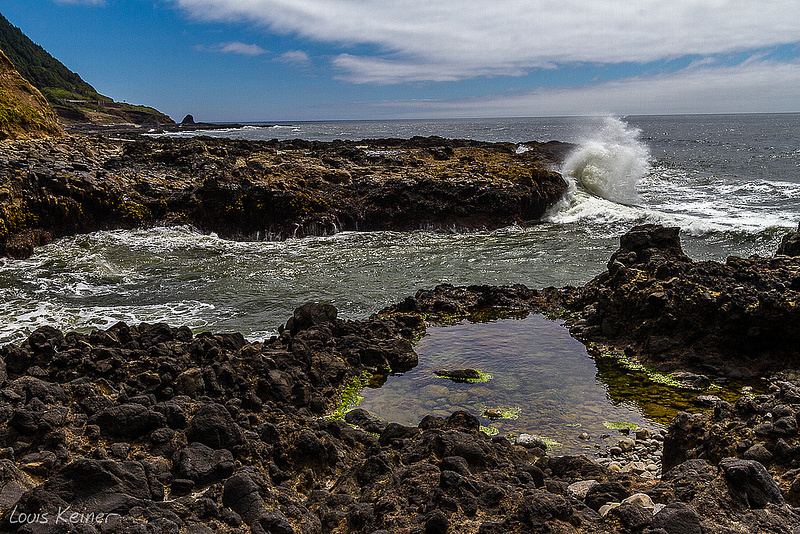 I also went down the shore to Thor’s Well, a large hole in the basalt where water can come in from below or pour down into it. Once again, not high tide, but still impressive: 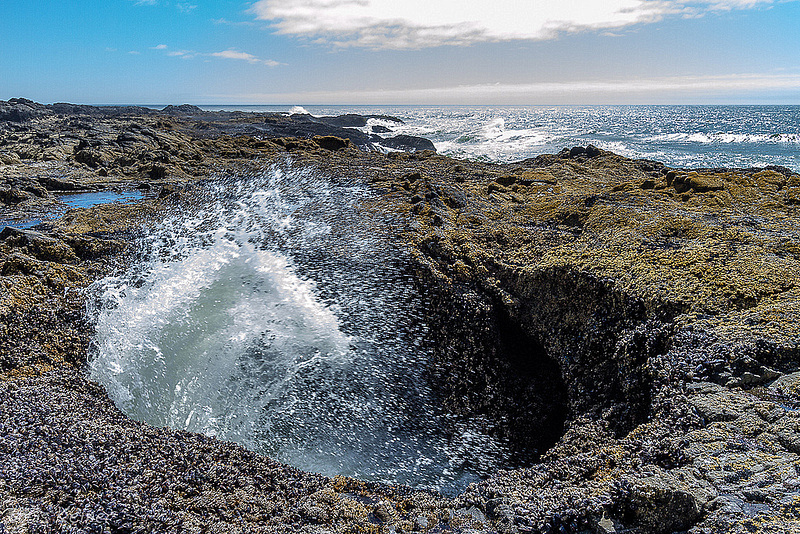 I came back much later in the day, hoping for a combination of sunset and high tide, but no. The sun was behind clouds the entire time, and it ended up getting dark before high tide. I was still impressed by the ocean’s power there: 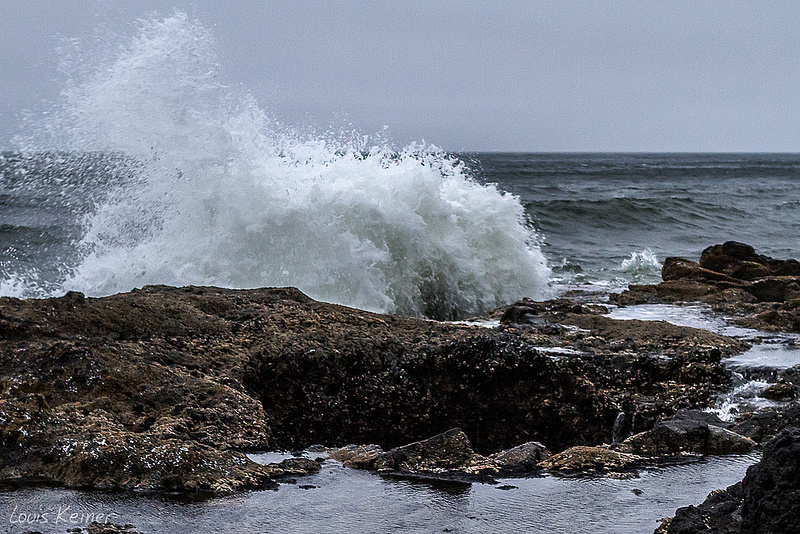 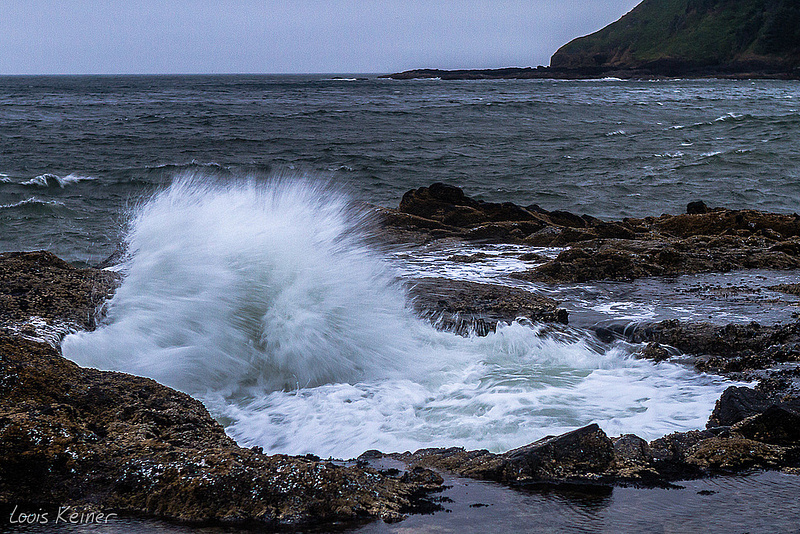 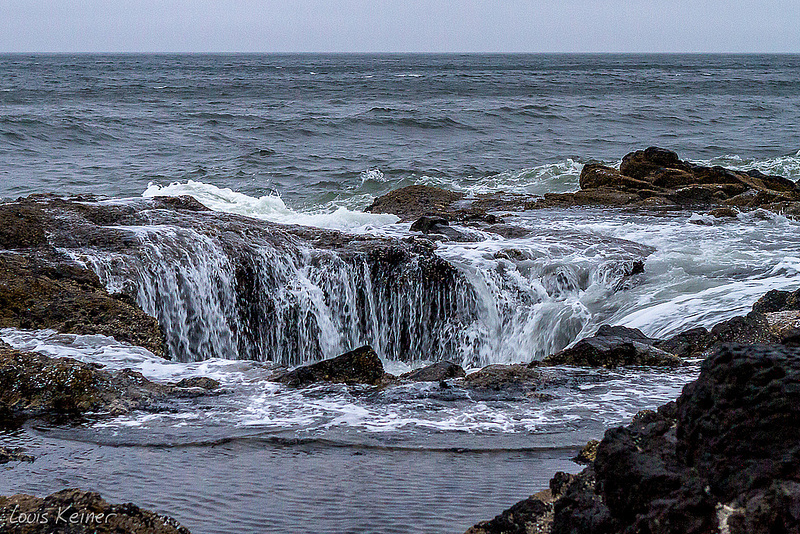 And I ended up running from large waves a lot: